The Biosafety Level 3 (BSL-3) Laboratory of the Sanitary Entomology & Zoology Dept. at the C.A.A. “G. Nicoli” is organized in accordance with international guidelines.

This facility has special engineering and containment features that allow investigators to work safely with animal and human pathogens classified at level 3 (Allegato XII, 626/94) transmitted by mosquitoes and other vectors, that have high risks for the lab personnel but low risks for the community.

Entry to the BSL-3 Laboratory is restricted to individuals who have obtained prior approval. The lab is equipped with three climate chambers that allow to control essential parameters (temperature, humidity and lighting) for mosquitoes rearing such as Culex pipiens molestus (Common Urban Mosquito) and Aedes albopictus (Asian Tiger Mosquito) strains.

The mosquitoes rearing includes all the stages of the biological cycle (egg-larva- pupa-adult) and no alive animals are used for the blood feeding. Before going outside, the air and the discharged waste water passes through filtering systems preventing any exit of pathogens and mosquitoes. 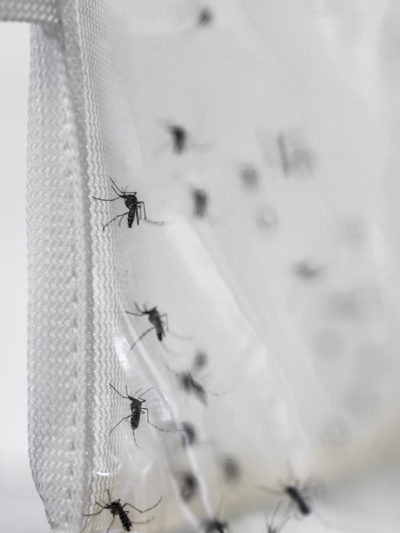 From December 2011, the Centro Agricoltura Ambiente “G. Nicoli” has been designated as Collaborating Centre of the International Atomic Energy Agency (IAEA – Insect Pest Control Section), Vienna. CAA has been reconfirmed as CC IAEA till 2026.

An IAEA Collaborating Centre is a scientific institution that assists the Agency in implementing its program through research, application development and training in relevant nuclear technologies.

Designation as a Collaborating Centre is a public recognition of the work and the internationally scientific role that the institution cover in a specified field and as an expression of strong collaboration by the Agency.

The work project defined in agreement with IAEA covers the development and validation of technologies and methods for the application of the Sterile Insect Technique (SIT) focused on Aedes mosquitoes.

The overall objective of the collaboration is to further develop and improve the SIT technology for Aedes mosquitoes including mass rearing and quality control methods, field testing of the developed methods, strategies validation under natural field conditions as well as training of researchers coming from developing countries.

In order to scale up the production of sterile Aedes males, CAA has developed a SIT facility module with a maximum production capacity of about 1 ,000,000 sterile males per week. The module has two large climatic controlled chambers of 18 sqm each and a laboratory area of about 45 sqm. The module is equipped with a salt-based water softener, a water heater control system and a mechanical 200-micron reusable water filter to assure the confinement of the larval stages in the rearing unit.

The module has a controlled access and a filtered air circulation system to avoid the escape of adult insect stages. The module has therefore a biosafety containment level BSL2 capable to allow the mass production of invasive Aedes species.

The CAA SIT module will be equipped with racks, trays and adult mass production cages and will reach its maximal capacity production in 2021. 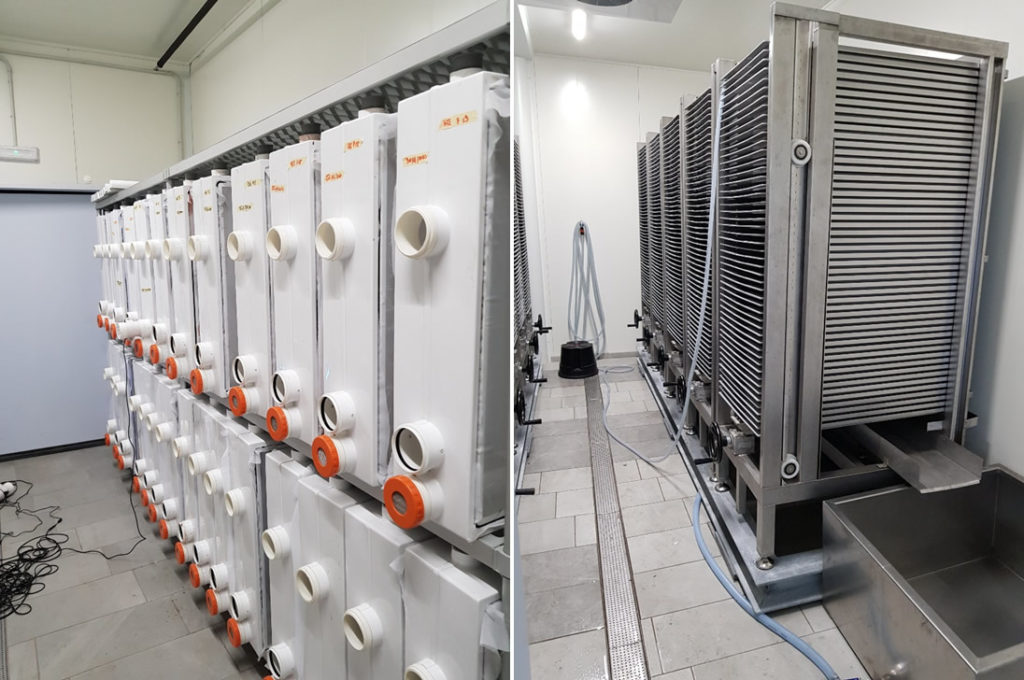 From 2022 our facility has provided by an X-ray maschine for sterilizing insects.