The sterile insect technique (SIT) is a biological pest control method based on area-wide inundative releases of sterile insects to reduce the reproduction in a field population of the same species (FAO). The SIT has been employed all around the world as part of area-wide integrated pest management programs (AW-IPM) over the past 60 years to contain, reduce, eliminate or prevent the establishment of insect pests of agronomic, veterinary and medical importance (IAEA).

Definition of the problem

The Asian Tiger Mosquito has been present in Italy for over 25 years, during which time it has earned notoriety among millions of Italians and foreign tourists for its daily aggressiveness and the irritation caused by its bites. It is evident that the results achieved with the current mosquito control strategies are insufficient to guarantee a sensible reduction of the mosquito population below epidemic risk level or nuisance threshold.

Alongside these considerations, this species is particularly suitable for application of the sterile insect technique (SIT) because:

On an international scale renewed attention is being focused on the SIT strategy, applied both as a defence against agricultural and for public health pests.

Quality control procedures for maintaining the fitness/quality of reared males.

Automatic sexing systems for the separation of males.

Improving methods for ground and aerial distribution (Drone) of sterile adult males in the field.

Integration of the SIT strategy into a package of Aedes control measures.

Construction and automatization of a mass rearing module. 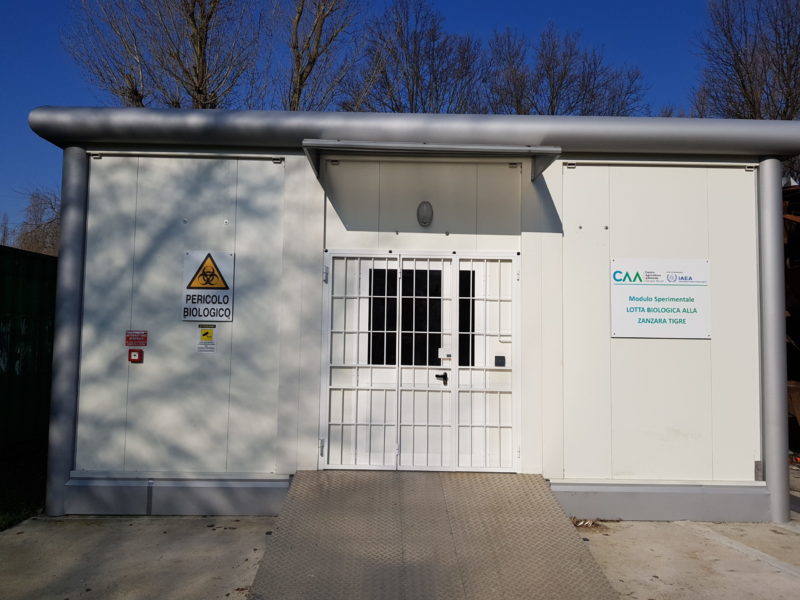 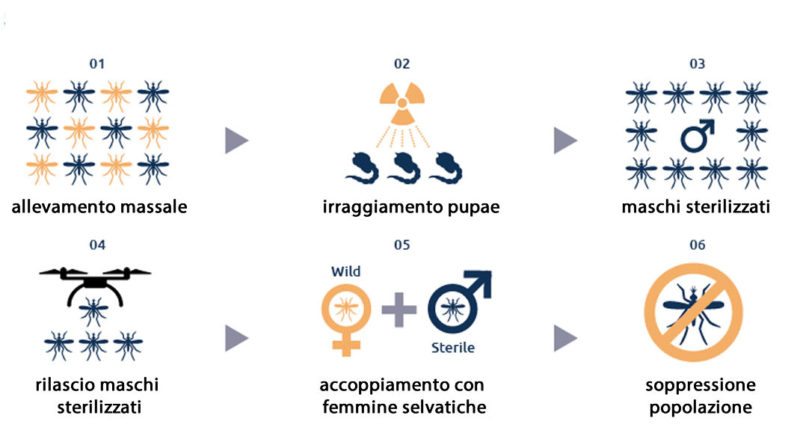 Over the years all aspects relevant for SIT strategy optimisation have been addressed. From a technological perspective the current state of the art may be summed up as follows:

The results show that the released sterile males are capable of mating with wild virgin females and induce sterility.  The more convenient combination between frequency, dose and method of sterile male’s release needs to be carefully considered for the achievement of a cost-effective SIT campaign against Aedes mosquito vectors.